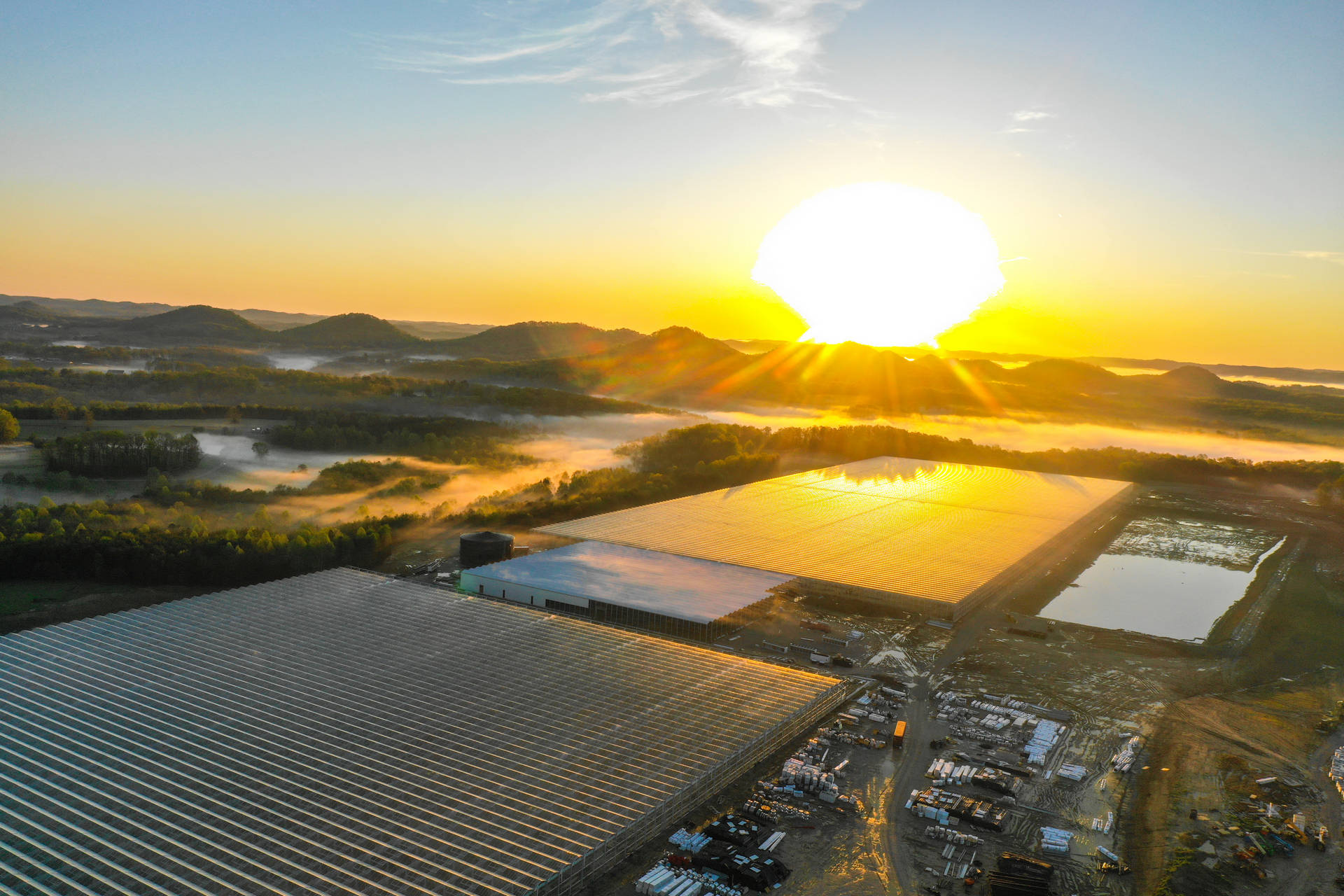 The indoor facility will grow non-GMO, chemical pesticide-free fruits and vegetables to be distributed to U.S. grocers and restaurants. Because of the company’s strategic location in Appalachia, AppHarvest can reach nearly 70% of Americans in just a day’s drive, reducing transportation costs by up to 80% compared to existing growers in Mexico and the Southwestern U.S.

Located on nearly 250 acres, the facility will double AppHarvest’s growing space in Central Appalachia. AppHarvest will open its flagship farm — a 2.76-million-square-foot facility growing tomatoes — this month in nearby Morehead, KY. These two facilities will play a major role in AppHarvest’s efforts to establish itself as the leader in America’s AgTech space.

“This purchase brings us one step closer to our goal of establishing America’s next AgTech hub from right here in Appalachia,” said AppHarvest Founder & CEO Jonathan Webb.

In just over two years, AppHarvest has attracted more than $150 million in investment into Central Appalachia and announced on September 29 a definitive agreement for a business combination with publicly-traded special purpose acquisition company Novus Capital Corporation (Nasdaq: NOVS). The combination, which is expected to close late in the fourth quarter of 2020 or early in the first quarter of 2021, will provide $475 million of gross proceeds to the company, including $375 million fully committed common stock PIPE at $10.00 per share anchored by existing and new investors – including Fidelity Management & Research Company, LLC, Inclusive Capital, and Novus Capital Corporation.

Madison County Judge Executive Reagan Taylor: “It is an exciting day for Madison County. Over the past two years, the Madison County and AppHarvest teams have been focused on finding economic development opportunities that capitalize on our combination of hard-working people, central location, and agricultural history. Today is the result of that hard work and we couldn’t be happier.”

Eastern Kentucky University President David McFaddin: “We are excited to welcome AppHarvest to our community. The work in AgTech they are doing in Eastern Kentucky has generated excitement among our community schools and citizens. I look forward to forging partnerships with AppHarvest that will provide new outlets for our students to gain hands-on experience with the latest techniques in farming.”

Certain statements included in this press release that are not historical facts are forward-looking statements for purposes of the safe harbor provisions under the United States Private Securities Litigation Reform Act of 1995. Forward-looking statements generally are accompanied by words such as “believe,” “may,” “will,” “estimate,” “continue,” “anticipate,” “intend,” “expect,” “should,” “would,” “plan,” “predict,” “potential,” “seem,” “seek,” “future,” “outlook,” and similar expressions that predict or indicate future events or trends or that are not statements of historical matters. All statements, other than statements of present or historical fact included in this press release, regarding Novus Capital’s proposed acquisition of AppHarvest, Novus Capital’s ability to consummate the transaction, the benefits of the transaction and the combined company’s future financial performance, as well as the combined company’s growth plans and strategy, future operations, estimated financial position, estimated revenues and losses, projected costs, prospects, plans and objectives of management are forward-looking statements. These statements are based on various assumptions, whether or not identified in this press release, and on the current expectations of AppHarvest’s management and are not predictions of actual performance. These forward-looking statements are provided for illustrative purposes only and are not intended to serve as, and must not be relied on as, a guarantee, an assurance, a prediction, or a definitive statement of fact or probability. Actual events and circumstances are difficult or impossible to predict and will differ from assumptions. Many actual events and circumstances are beyond the control of AppHarvest. These forward-looking statements are subject to a number of risks and uncertainties, including those discussed in Novus Capital’s registration statement on Form S-4, filed with the SEC on October 9, 2020 (the “Registration Statement”), under the heading